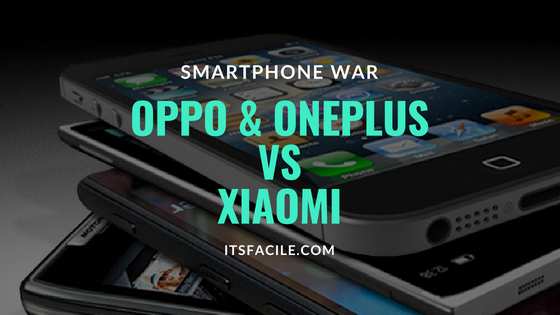 Competitions are everywhere in the businesses. But, when it comes to smartphones, Chinese companies are always at the winning side. Here is Why Chinese Smartphone Brands Dominating in India.

We all have observed that Chinese smartphone companies have been dominating the smartphone industry for the last 6-7 years. Popular brands like OnePlus, Xiaomi, Oppo, Huawei and RealMe have almost tried to crush a big player Samsung!

You may know that Oppo, Vivo, OnePlus and Xiaomi are Chinese companies. You would be surprised after knowing this that Oppo, Vivo and OnePlus are sister companies of BBK Electronics Corporation.

The smartphones of these two companies are based on the camera. Both the companies are highly focused on improving camera quality.

The goal of these two companies is never to give a high-quality processor and long battery life. They have targeted the youth who like to take pictures and love to post on social media.

Also, Oppo & Vivo never cared about the price. They believe that people tend to pay high only for the high quality of the camera.

From the starting of the company, the goal of OnePlus was fixed. OnePlus observed that there was no company in the market who is selling mid-range smartphones.

Not only mid-range, but OnePlus also believes to give the premium products. The general price of OnePlus phones is 30k-40k Indian rupee.

People who buy OnePlus smartphones are those who are not able to buy the flagship smartphones of Apple and Samsung which has the pricing between 50k-70k Indian rupee.

In just, 4 years, OnePlus became the most popular brand in India for selling the mid-range flagship smartphones.

Also read: 11 Reasons How Xiaomi Become the No 1 Smartphone Brand in India

Oppo and OnePlus Vs Xiaomi

Xiaomi had launched RedMi 1 smartphone in 2014. From the Redmi series, Xiaomi’s business growth increased. Now, Xiaomi is the no 1 smartphone brand in India. The company has captured a large market share in the budget smartphone(10k-20k Indian rupee).

Xiaomi wants to crush the market of OnePlus that’s why the profit margin is less than 5%.

Also, the first smartphone of Oppo in the Indian market was Oppo F1. POCO F1 and Oppo F1 are two different smartphones of different companies.

Now, there is a big question about the future prices of OnePlus phones. Also, Oppo will directly compete with Xiaomi in the budget smartphone market.

In 2019, RealMe brand has gained more popularity compare to Oppo! And on the other hand, POCO has also designed amazing products.

Both the companies are playing cost leadership that means these companies have been focusing on giving the best specification in their price range.

Within less than 2 years of launching Realme brand by Oppo, the brand RealMe has reached at the fourth position having 14.3% market share in 2019!

Why Indian Smartphone Companies went Out of the Business

Why Apple Products are Always Expensive