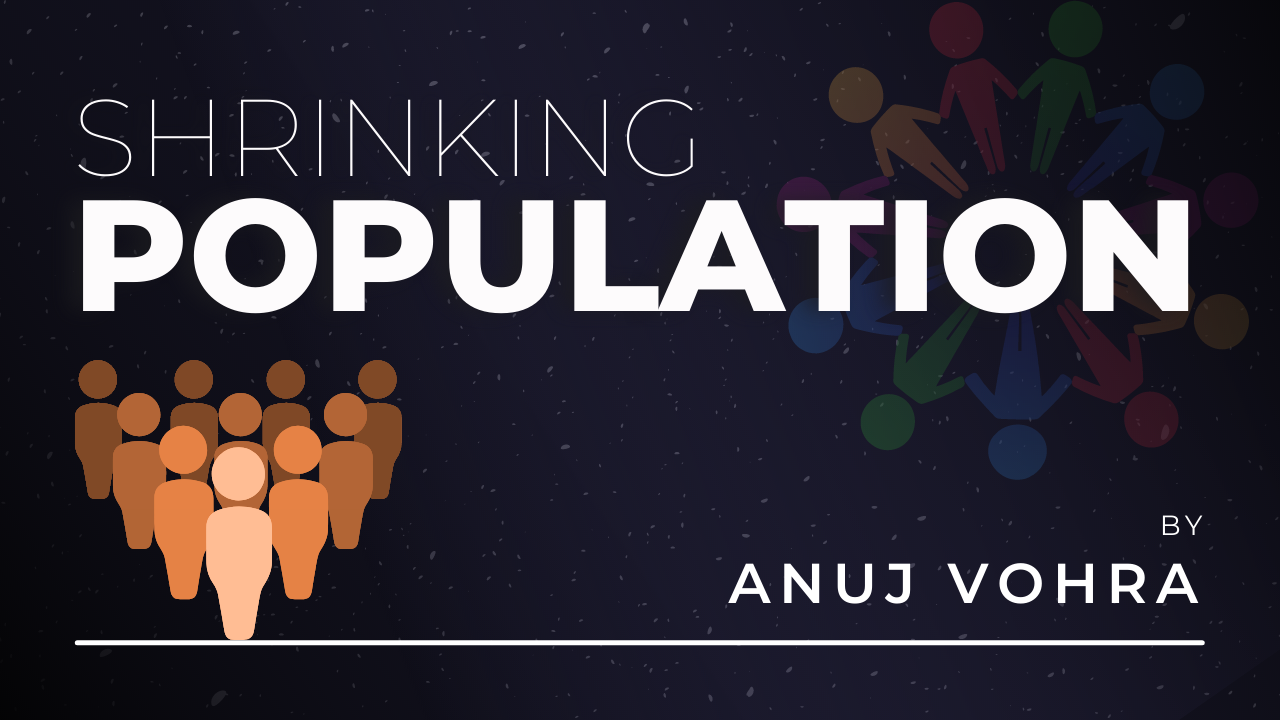 If you tell Indians and Chinese regarding population shrinking all over the world, they would not easily believe because the people of these two countries have never realized this problem. Population decline can be a major issue in developed countries. Continue reading…

As India and China are overpopulated countries, their citizens would feel happy if they come to know that the population in their countries is going down.

In this article, we shall discuss why the population all over the world is declining and how can it impact the economies. This article is completely based on my opinion. I would be happy if you share your opinion too in the comment area and even if you disagree, please let me know.

In India, slowly and steadily, the population has been declining. Two major reasons are inflation and income.

The cost of raising kids, education, entertainment, and all other goods and services for kids is growing rapidly. On the other hand, people do not have a handsome income to provide good facilities to their kids. Therefore, the cost of raising kids is growing super-fast but at the same time, the income level has remained stable. That’s the reason, people living in India prefer one child or no child over two-three kids.

A study conducted in the United States shows that many millennials prefer pets over kids. Pets have lower expenses compared to kids.

Obviously, it makes no sense to compare pets and children. Still, people do it.

The young population anywhere in the world loves traveling. A couple having a baby cannot simply book flight tickets and travel anywhere. Parents have to think about caring for and availing mandatory facilities for their kids. Moreover, the travel expenses of a couple having a kid remains higher, without a doubt.

One of the biggest reasons can be climate change. The world is heating. The temperature has been increasing all across the world. Basically, because of climate change, we witness floods, storms, hotter temperatures, and draughts.

The environmental change affects our life and because of this reason, people may avoid having kids.

Well, when there is less population, there would be lower demand for goods and services. It directly impacts the overall consumption of the country. The consumption means spending will be lower and it negatively impacts the economy of a country.

In the countries where there is low demand, businesses would not consider investing money in factories, offices and business outlets. Eventually, the GDP (gross domestic product) of this type of country will remain low.

English speaking countries, the United States of America, the United Kingdom, Canada, Australia, and New Zealand have the power to attract immigrants, millions of people from India, Bangladesh, Pakistan, China, Africa would consider living in these countries, and eventually, they can comfortably avoid such problems.

European countries may face huge problems because of population decline. Norway, Finland, Germany, Finland, Switzerland, Sweden, Poland, Greece, Austria, and Romania would have to deal with this challenge. All these countries are not English-speaking. They have their own language. That’s the reason, an individual who wishes to study and settle in Germany has to learn the German language which is not at all an easy language to learn.