Why There are So many Tesla Cars Being Sold in Norway 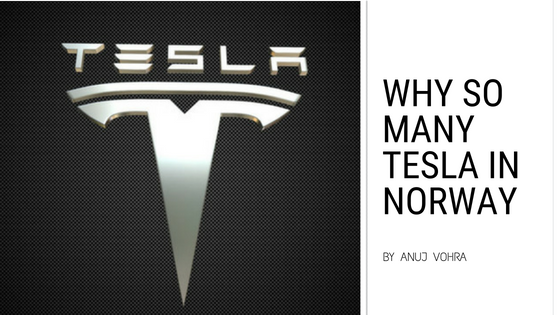 It is difficult to buy the electric cars because these cars are too expensive. But, Norway is a country with full of electric cars.

The business of electric cars is growing rapidly in European countries and the United States.

The market share of the electric cars is still very slow but all the big automobile companies are slowly started making electric cars.

‘ECO-FRIENDLY CARS’ is going to become a trend in the US and European market. The weight of these cars is less so that it can be driven faster than petrol or diesel based cars.

Today, let’s discuss why only Norvey is containing more than 50% market share of Electric Cars.

This European country has 5.23 million population with the 70,812 USD per capita income.

6 Reasons Why Norway has So Many Tesla Cars

1. Produces gas and oil but avoid to use.

Norway produces Gas and Oil mainly. The country is largely based on selling Gas and Oil to other countries.

The interesting thing is that they produce oil and gas, but they avoid to use them. Because the people of Norway care a lot about the environment of the country.

2. Oslo is the epicentre of the electric cars.

Oslo is a capital city of Norway.  It is more than 2000 electric power station to charge the electric cars.

3. 99% of Norway’s electricity comes from Hydropower

This is the biggest advantage. Hydropower which means the country is generating electricity from water such as dams, river or fast running water. The cost of energy is really cheap.

That’s why buying an electric car is always a better option.

The government policy is the most important thing. Government give more advantages to the people who buy electric cars.

Such as free parking and the free of  cost charging the electric cars. People get an income tax deduction also.

If we discuss business perspective, the companies like Tesla don’t have to pay the sales tax. That’s why Tesla becomes way cheaper than any other countries.

6. In 2014, Tesla made a record selling the highest number of cars in a month.

These are the reasons why we see electric cars everywhere in Norway.

Watch this video for more details…