How China is Fighting Against the Pollution 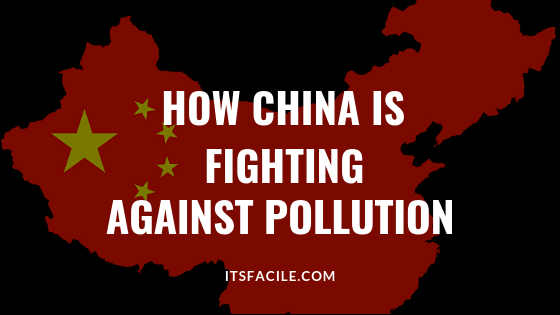 China and India are two of the most polluted countries in the world. Today, we will discuss the importance of air purifier and all the actions taken by Chinese government.

In the last 20 years, we can clearly see how China has become a leader in manufacturing each and every electronic product.

That’s why over the years, the pollution started increasing. Also, China has the highest population and the highest number of vehicles in the world.

The Chinese government has started taking action to improve the air quality index(AQI).

The Biggest Air Purifier in the WORLD

All the cities which have very poor air quality index need more attention to decrease the pollution level. The government is establishing big air purifier in the city. That cleans the air and give a healthy air to breadth.

China has built the biggest air purifier in the world. It is a 100-metre purification tower. According to the South China Morning Post(SCMN), the improvement in air quality is observed in a range of 10 square kilometres.

It was just an experiment by the government. After seeing a very good result, China is going to build a 500-metre air purification tower.

For the last ten years, China has rapidly increased production and the use of solar panels to generate electricity.

On the other side, China is decreasing the power generation from Coal slowly.

Comparing with other developed countries, China is leading the power generation from solar energy.

According to the Economic Times, China has no longer competition from any country in case of solar energy generation.

As per the recent research, air quality has improved and managed to reduce the death rate because of air pollution.

What Can We Do?

It is very unfortunate that we are growing very slowly in Solar Power generation. We have the biggest advantage of hot weather.

The best way to reduce pollution is to generate more energy from renewable sources. In which, for the country like India, Solar energy is the best.